As singer with Carter The Unstoppable Sex Machine Jim Bob had 14 top 40 singles, 4 top ten albums (including a number one), sold over a million records, toured the world and headlined Glastonbury. In 2007, ten years after initially splitting, Carter USM reformed for a series of huge sold out shows until they called it a day again in 2014

Jim Bob has had a long and varied solo music career. He has released eleven solo albums and written songs for Ian Dury and for the 2006 Barbican production of Mark Ravenhill’s ’Dick Whittington & His Cat’. Jim Bob’s autobiography ‘Goodnight Jim Bob – On The Road With Carter The Unstoppable Sex Machine’ (Cherry Red Books) was released to critical acclaim in 2004. The sequel ‘Jim Bob from Carter’ (Cherry Red Books) followed in 2019 to tons more praise. Jim Bob (AKA J.B. Morrison) has written six novels, published by Harper Collins, Pan Macmillan and Cherry Red Books

Jim Bob’s last album ‘Pop Up Jim Bob’ (Cherry Red Records) reached number 26 in the UK Album chart in 2020. The follow up, ‘Who Do We Hate Today’, Jim Bob’s twelfth solo album is released by Cherry Red Records on August 20 2021. He is touring the UK backed by a full band in November 2021 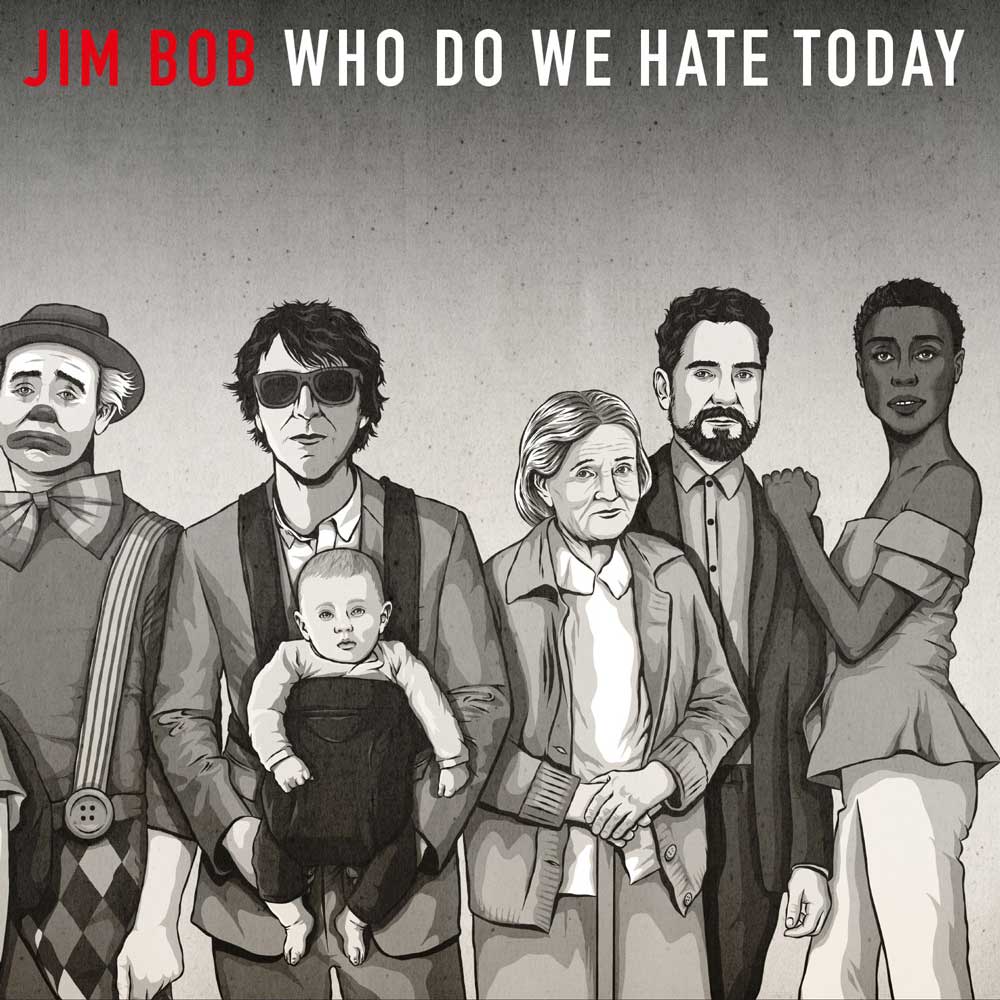 Who Do We Hate Today