Brooklyn’s legendary alt-rockers They Might Be Giants have been delivering highly energetic, highly melodic, and highly imaginative music forever. They write, record and perform continuously, and drink more coffee than most. As well as releasing 20 studio albums they’ve also contributed music to numerous television and film projects. They Might Be Giants have won two Grammy Awards and sold over 5 million records since they formed in the early 80’s. Perhaps their best known being the platinum-selling Flood which features the worldwide hit ‘Birdhouse In Your Soul’.

They Might Be Giants have just released critically new studio album, I Like Fun. A remarkable 15-track album and over a year in the making, songwriters and band founders John Linnell and John Flansburgh draw on dark themes and set them to their driving, hyper-melodic music. and sonically adventurous, the band’s command of the studio and the song is in rare form from beginning to end. The band are back and on the road in 2018 with a brand new two-set “Evening With” show. Playing with an expanded line-up of musicians, the show includes all-time favourites, fresh rarities spanning their epic career and spur-of-the-moment improvisations. 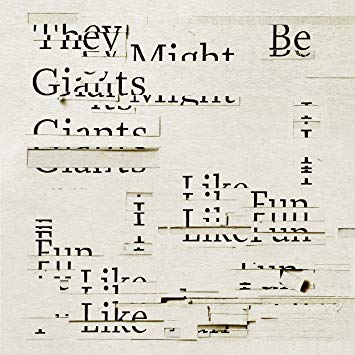